Humans have fed their dogs some pretty strange things over the years. From cabbage to hardtack, our canine companions ate items we had on hand, even if they weren’t particularly nutritious. Now, as more and more people are investing in their personal health by moving to fresh diets, it’s no surprise that they’re looking for better quality dog food as well.

Their formulated meal packets give dogs a tasty, healthy alternative to traditional foods, without the hassle of having to cook them yourself. Unlike other pre-packaged dog foods on the market, these meals are never frozen, and they’re specifically proportioned to suit your dog’s caloric needs.

Using fresh, restaurant-quality ingredients to nourish dogs may seem like a no-brainer today, however, that was not always the case. Let’s take a quick look at some of the things humans used to feed canines in the past. You’ll be surprised by how far we’ve come! 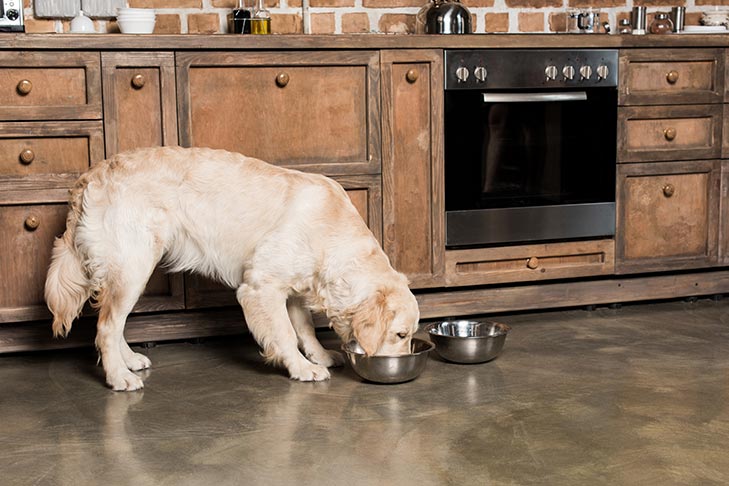 With no one around to feed them leftovers, street dogs in port cities often lingered by the docks to eat the moldy hardtack thrown away by sailors. The humble hardtack biscuit (made from flour, water, and sometimes salt) might not seem like much, but it became the inspiration for commercial dog food when James Spratt, an entrepreneur from Ohio, observed London dogs devouring it on a pier. Seeing an untapped market, Spratt wasted no time in developing a product.

Like hardtack, commercial dog food often relies on grains and carbohydrates to act as fillers. This makes it more affordable to produce in large quantities and easier for busy dog owners to feed to their pups — but it hardly provides a balanced diet. Thankfully, we no longer have to sacrifice quality for convenience.

Carbohydrates were the backbone of early dog diets. Many societies fed their pups leftover bread, and in the Victorian era, some people even believed that meat was uncivilized and reverted dogs back to their wild, undesirable instincts.

Many dog foods still rely on carbohydrates to supply most of their nutritional value. Corn, wheat, barley, oats, and rice are the most common grains used in pet foods, along with potatoes and sweet potatoes. Carbohydrates are an important part of a balanced canine diet. However, a lot of commercial dog foods use inexpensive carbohydrates as filler instead of a blend of fresh ingredients, including vegetables and meat. 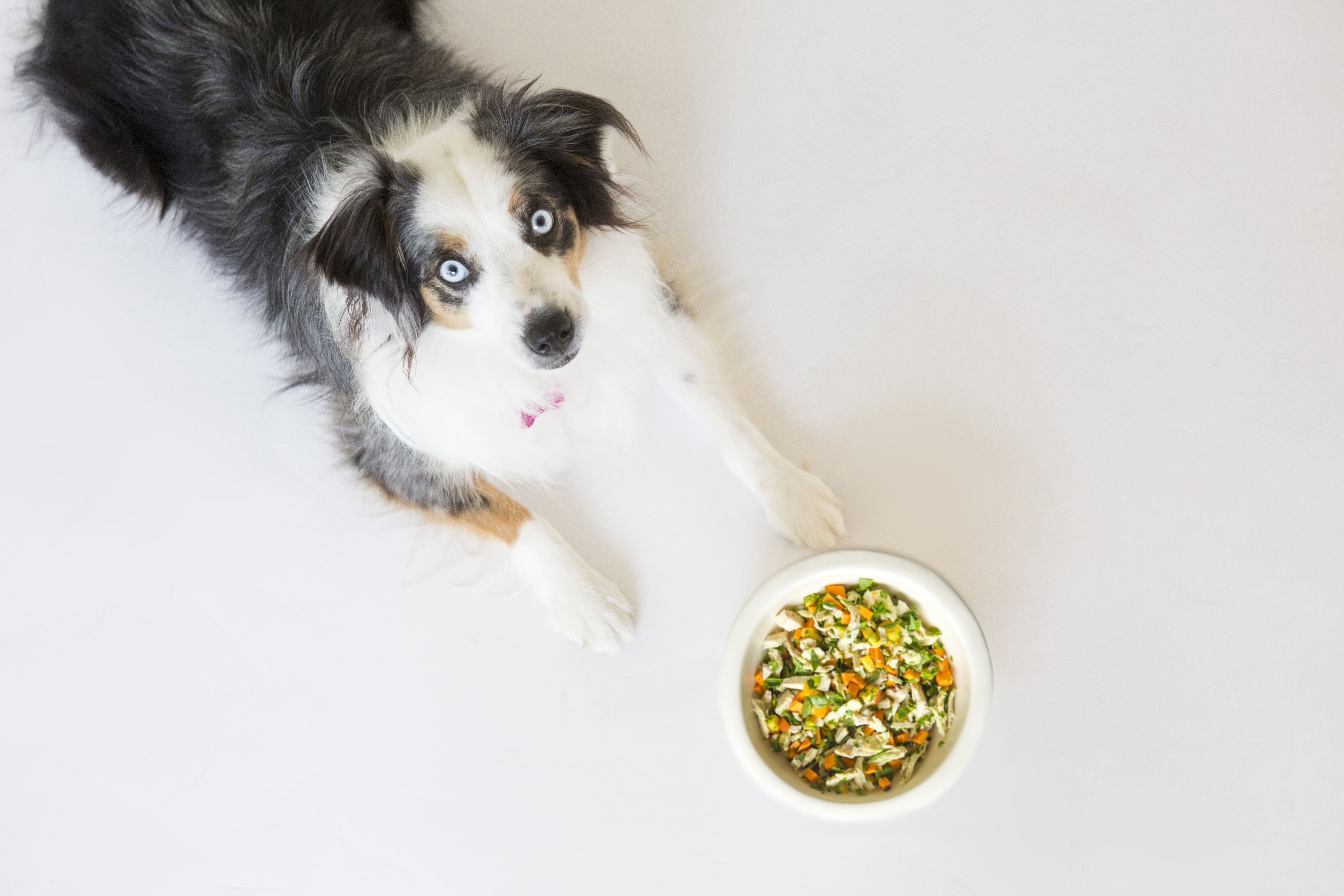 Modern pet food manufacturers still use potatoes and grain in commercial dog food. While potatoes and sweet potatoes provide easily digestible sources of starch and carbs for dogs, they should not be the sole ingredient.

By the mid-1800s, the large number of working horses in cities provided a readily available source of meat for dogs. Horses often died in the city streets and dog owners ensured the meat did not go to waste. Not only was horse meat plentiful, cuts were inexpensive, giving individuals a cheap way of incorporating meat into their dogs’ diets.

Horse meat was also added to early commercial dog food. In 1922, Ken-L Ration, the first commercial canned dog food, used it as its main ingredient and horse meat remained popular for several decades thanks to its affordability. Food politics and our changing relationship with horses eventually led to a shift away from horse meat in the United States, and it was banned from being used in pet food in 1970. Today, chicken and beef are the most common meats used in kibble, though venison, fish, lamb, pork, rabbit, and turkey options are also available.

Companies process these meats differently depending on the type of dog food. Kibble must be baked and extruded to prevent it from spoiling, exposing meats to high temperatures and pressures.

Long before olive oil and shortening were staples in the American home, people cooked with lard. Lard, which is rendered pig fat, was plentiful in rural communities and is still occasionally fed to sled dogs during bitterly cold nights on the trail.

The risks of significant gastrointestinal issues such as gastroenteritis and possible pancreatitis, as well as obesity, make lard a poor choice for the average American dog. Working farm dogs in the eighteenth century, however, ate it with gusto. Long days of herding and guarding livestock burned many calories, and lard was mixed with grain to create a calorie-dense diet that kept working dogs active.

As in centuries past, the conversation around dog food is once again changing, and the direction today is fresh. Dog owners today can easily give their pups the ingredients they deserve, including healthy fats like fish oil and omega-3’s, without ever having to leave the house. Here’s to a healthier fresh life for our four-legged friends! 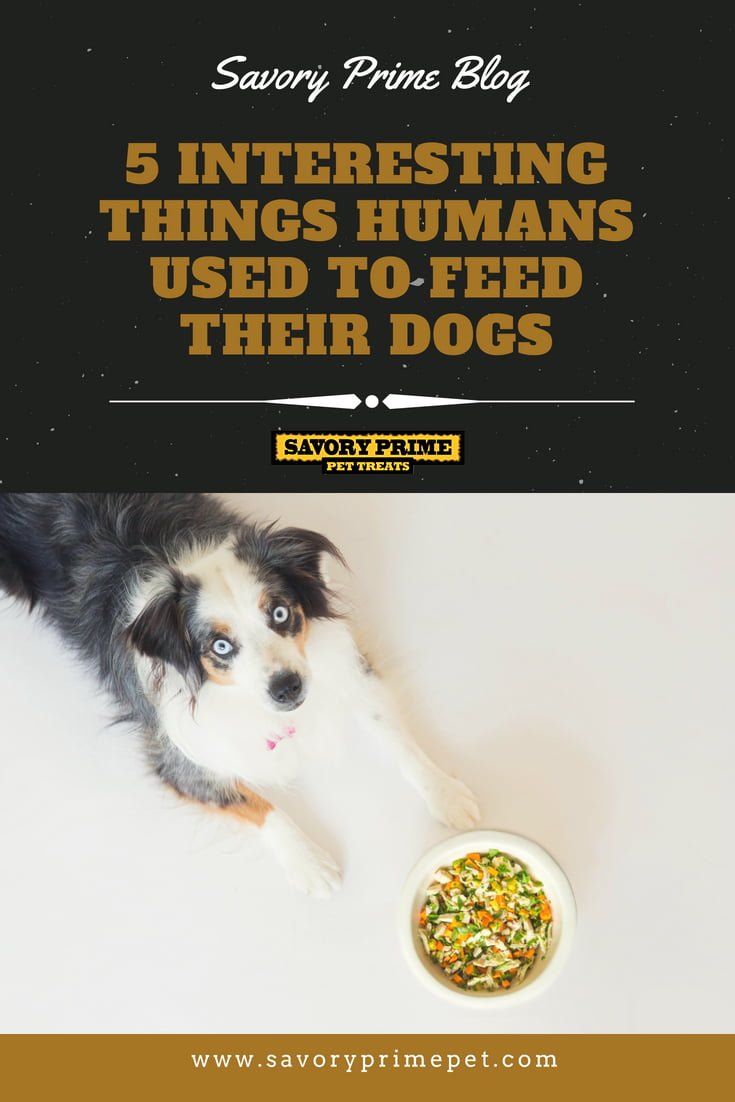