About the Airedale Terrier

The Airedale Terrier is the largest of all terrier breeds. Males stand about 23 inches at the shoulder, females a little less. The dense, wiry coat is tan with black markings. Long, muscular legs give Airedales a regal lift in their bearing, and the long head—with its sporty beard and mustache, dark eyes, and neatly folded ears—conveys a keen intelligence. Airedales are the very picture of an alert and willing terrier—only bigger. And, like his smaller cousins in the terrier family, he can be bold, determined, and stubborn. Airedales are docile and patient with kids but won’t back down when protecting hearth and home. Thanks to their famous do-it-all attitude, Airedales excel in all kinds of sports and family activities.

His size, strength, and unflagging spirit have earned the Airedale Terrier the nickname “The King of Terriers.” The Airedale stands among the world’s most versatile dog breeds and has distinguished himself as a hunter, athlete, and companion. 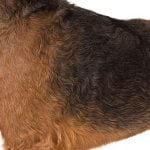 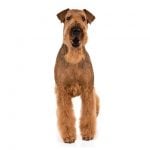 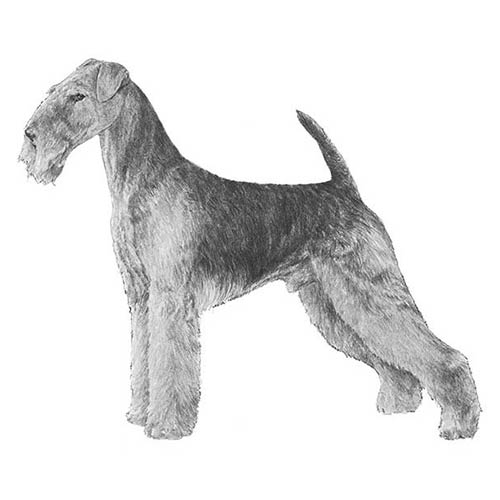 The head should be well balanced with little apparent difference between the length of skull and foreface.
The skull should be long and flat, not too broad between the ears and narrowing very slightly to the eyes. Scalp should be free from wrinkles, stop hardly visible and cheeks level and free from fullness.
Ears should be V-shaped with carriage rather to the side of the head, not pointing to the eyes, small but not out of proportion to the size of the dog. The topline of the folded ear should be above the level of the skull.

Should be of moderate length and thickness gradually widening towards the shoulders. Skin tight, not loose.

Shoulders long and sloping well into the back. Shoulder blades flat. From the front, chest deep but not broad. The depth of the chest should be approximately on a level with the elbows.

Body: Back should be short, strong and level. Ribs well sprung. Loins muscular and of good width. There should be but little space between the last rib and the hip joint.

Should be hard, dense and wiry, lying straight and close, covering the dog well over the body and legs. Some of the hardest are crinkling or just slightly waved. At the base of the hard very stiff hair should be a shorter growth of softer hair termed the undercoat.

The Airedale Terrier should do well on a high-quality dog food, whether commercially manufactured or home-prepared with your veterinarian’s supervision and approval. Any diet should be appropriate to the dog’s age (puppy, adult, or senior). Some dogs are prone to getting overweight, so watch your dog’s calorie consumption and weight level. Treats can be an important aid in training, but giving too many can cause obesity. Learn about which human foods are safe for dogs, and which are not. Check with your vet if you have any concerns about your dog’s weight or diet. Clean, fresh water should be available at all times.

The Airedale has a short, wiry coat that needs relatively little maintenance. Weekly brushing keeps the coat looking good and has the additional advantage of removing dead hair that would otherwise be shed around the house. (Some people with dog allergies have found that they can share a living space with a well-brushed Airedale without suffering any symptoms.) If the weekly session turns up any mats, they should be broken up with the fingers and then teased apart with a comb. Full grooming — where the dog is bathed, brushed, and stripped or clipped — should be done three or four times a year, either by the owner or a professional groomer

Terriers are generally known for their high energy levels. Given that the Airedale is the largest of all terriers, that energy must be channeled into safe outlets. Fortunately, Airedales love to play with other family members. A daily play session of moderate length, in addition to walks (or backyard time) several times a day, should be enough to satisfy the Airedale’s exercise requirements. Airedales play well with children, but interactions with toddlers and smaller children should be closely supervised. Airedales are rangy but strong; that strength, combined with a boisterous personality, can lead to mishaps.

Because of the Airedale’s size (he is a medium-sized dog, but the largest of the terrier breeds), strength, and rambunctiousness, obedience training is highly recommended. At a minimum, an Airedale should learn basic obedience commands such as come, sit, and stay. The breed’s intelligence and the fact that they bond closely with family members can make training easy. Owners and trainers should keep in mind that an intelligent dog is an easily bored dog, so varied training sessions will be more successful than repetitive ones. Also, an easily bored dog who is often left alone for long periods of time will tend to develop undesirable behaviors. It often helps to provide the dog with challenging toys that will keep him happily occupied.

Airedales are generally healthy dogs, and responsible breeders will test for health concerns such as hip dysplasia, a malformation of the hip joint.  An Airedale’s ears should be checked regularly to remove foreign matter and avoid a buildup of wax, and his teeth should be brushed regularly.

One of Britain’s key manufacturing centers before the turn of the 20th century, the Aire Valley lies in the north of England, less than a hundred miles from the Scottish border. In the mid-1800s, at the height of the Industrial Revolution, the valley’s factory hands and mill workers first bred tough, devil-may-care Airedales in their own image. (It’s a neat irony that the King of Terriers was developed not by royals but workingmen.) Airedales were created to be large and fearless hunters of ducks and rats, and no doubt did some poaching on the side. Fittingly for a dog from a manufacturing community, this was a “manufactured” breed: Several existing breeds went into its makeup. These include the Otterhound and such now-extinct breeds as the English Black and Tan Terrier. A practiced eye can also spot traces of the Irish Terrier and Bedlington Terrier in the Airedale. It’s quite possible that setters, retrievers, and herding dogs also played a part in the development of the breed. Airedales served in the British Armed Forces with distinction during the First World War as messengers, sentries, and guard dogs. In North America, the breed was known as a three-in-one hunting dog, equally adept on waterfowl, upland game birds, and furred prey. This will come as no surprise to anyone who has ever owned an Airedale, as the breed’s versatility is legendary. Ratter, duck dog, big-game hunter, herder, guardian, warrior, actor, athlete, K-9 cop, and babysitter are all jobs held at various times by the mighty King of Terriers. 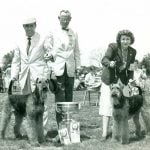 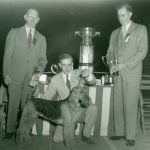 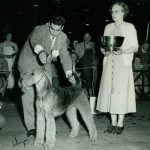 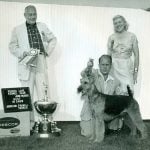 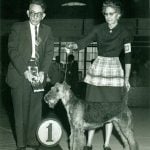