Almost all Presidents in American history have had pets at some point. Whether providing companionship or humanizing the President’s political image, dogs have done the job well. By the early 20th century, Presidential pets had to accept the same scrutiny as their distinguished masters as mass media gave the public a better look into the everyday lives of the President. Enjoy a bit of history and come meet some of the Presidential pets that are so beloved by their owners. 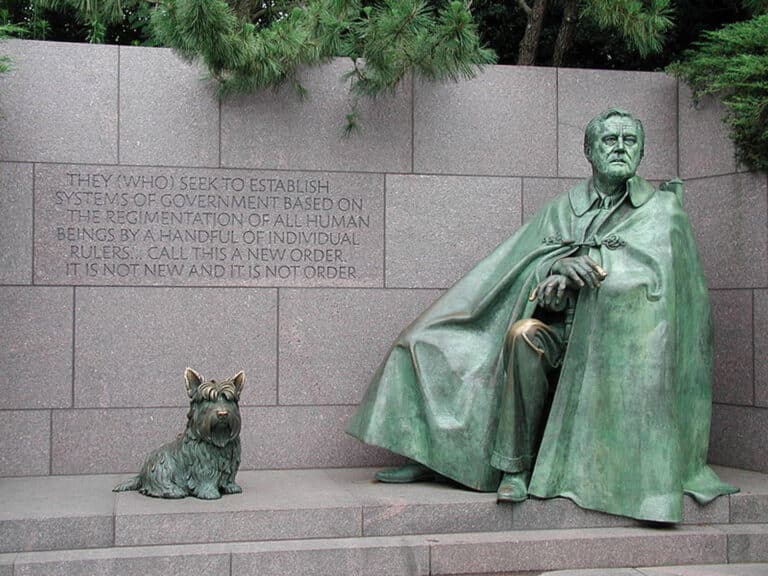 First Dog of The United States

George and Martha Washington had a real fondness for their pets having a variety of of breeds while in the White House. Owning over 50 dogs within his lifetime George’s dogs included – American Foxhounds, Black and Tan Coonhounds, and a Greyhound. This is in addition to Martha’s parrot, and the multiple horses  they both owned. 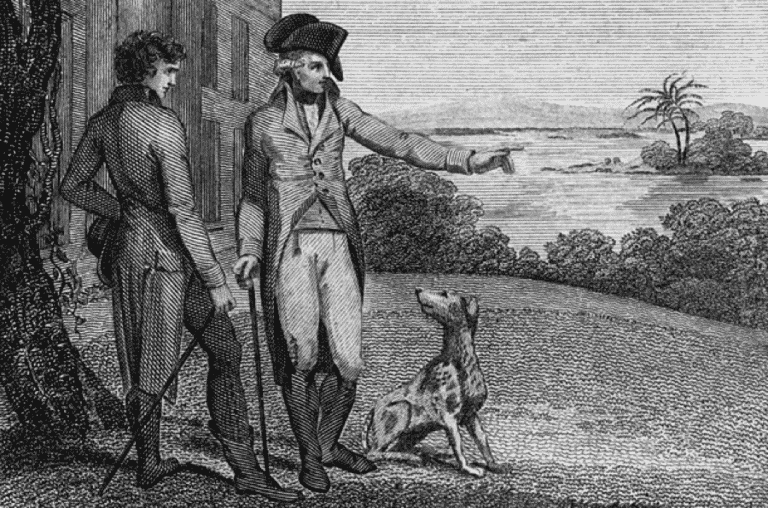 President Theodore Roosevelt and his family were famous pet lovers who kept a a large collection of kangaroo rats, snakes, dogs, birds, ponies, and all manner of small animals. The president preferred what he called “Heinz 57” dogs from multiple bloodlines. One of his favorites was Skip, a short-legged Black and Tan mongrel terrier, brought home from a Colorado bear hunt. The American Kennel Club recognized the breed as a Teddy Roosevelt terrier in 1999. 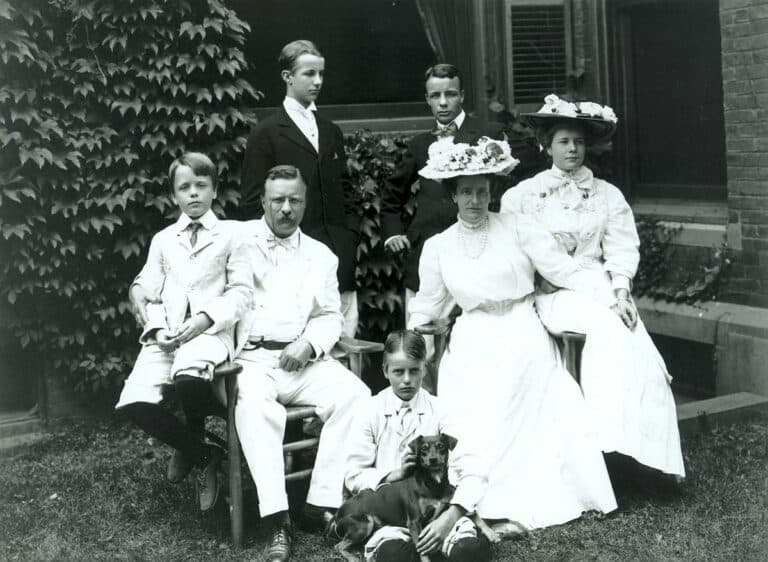 Caswell Laddie Boy was both photogenic and the perfect representation of Warren G. Harding’s campaign slogan Return to Normalcy. Laddie sat in on meetings and had his own cabinet chair. He greeted official delegations and hosted the 1923 White House Easter egg roll when the Hardings were away. 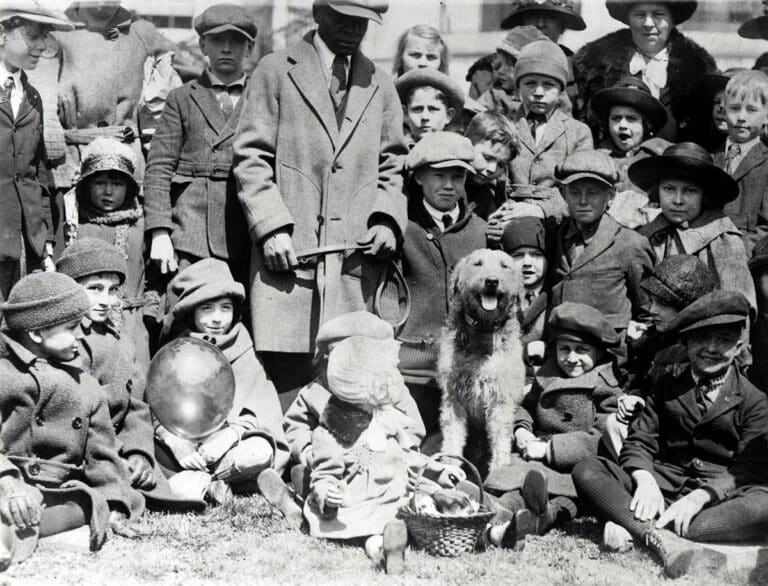 President Herbert Hoover’s lack of charisma and personal warmth was a subject of wry comment in the press. During the presidential campaign in 1928, Hoover’s advisors noticed that he appeared uncharacteristically amiable in a portrait with his Belgian Malinois police dog, King Tut. Immediately, they printed and circulated thousands of autographed copies to voters and newspapers. King Tut not only fixed Hoover’s image problem, but also went on to assist the White House police force as a patrol dog. 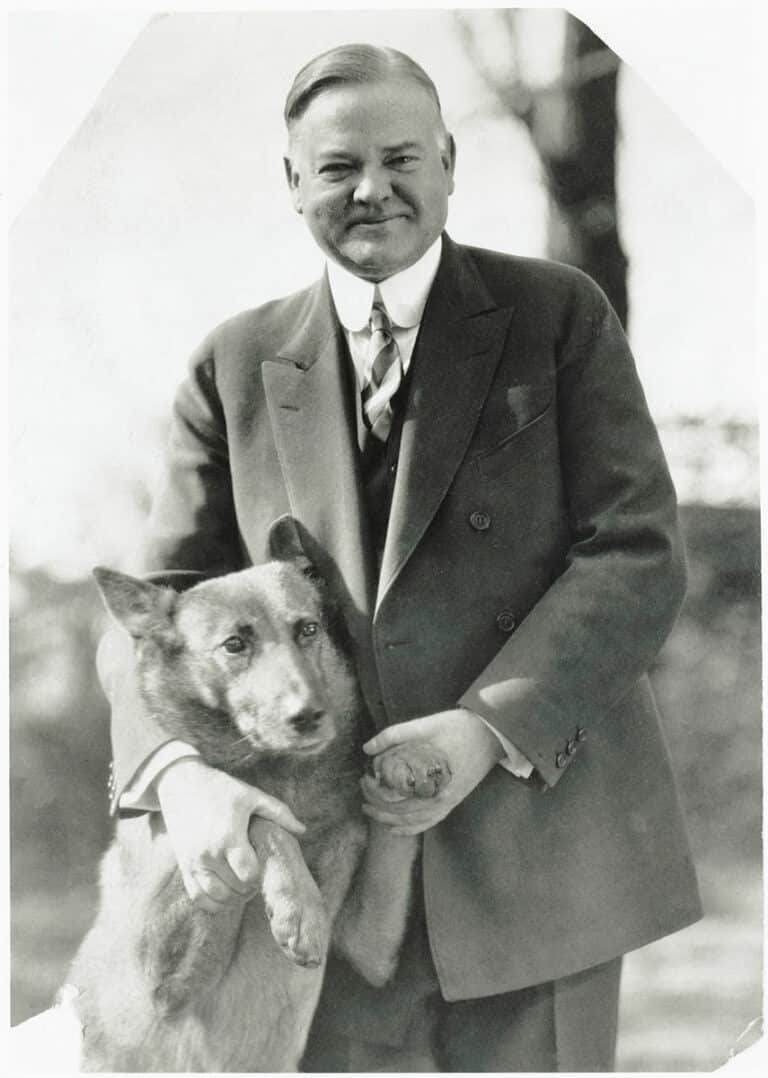 President Franklin D. Roosevelt’s black Scottie was his constant companion accompanying the president to secret meetings or publicized war conferences. Fala was the subject of two MGM films and gave up his toys to promote a rubber collection drive during World War II. The dog became so recognizable that an appearance on a train platform revealed the president was nearby and became a security concern. 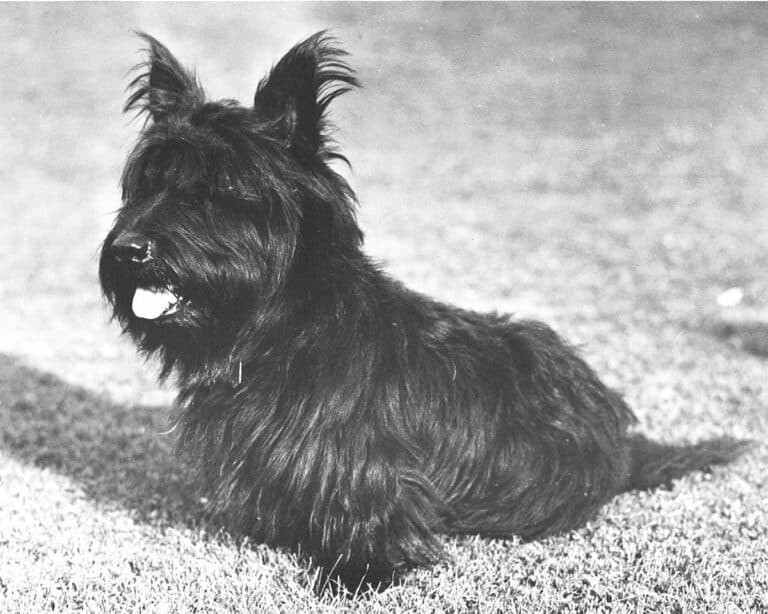 As a good will gesture toward the United States, Soviet Premier Nikita Khrushchev gave First Lady Jacqueline Kennedy a dog named Pushinka, which means “fluffy” in Russian. She was the daughter of Strelka, the first Russian dog in space. Some Americans were suspicious of the gift and believed the dog might be wearing a listening device. Eventually, Pushinka won everybody over, especially Charlie, the Kennedy’s Welsh terrier, who became the father of her pupniks. 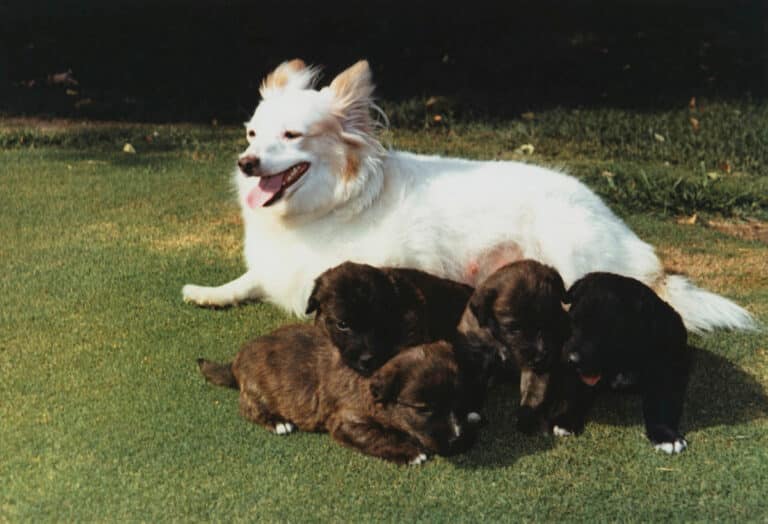 To welcome her to her new home, a mixed breed/Springer Spaniel puppy, born on the day Jimmy Carter was elected president, was given to Amy by her Stevens Elementary School teacher, Verona Meeder. Amy named the dog Grits. Misty Malarky Ying Yang, the Carter’s Siamese cat, was not fond of the addition to the Carter pet family. In September of 1979, Grits was returned to his original owner. During his stay at the White House, the dog did PR work with a veterinarian to launch a drive against canine heartworms. 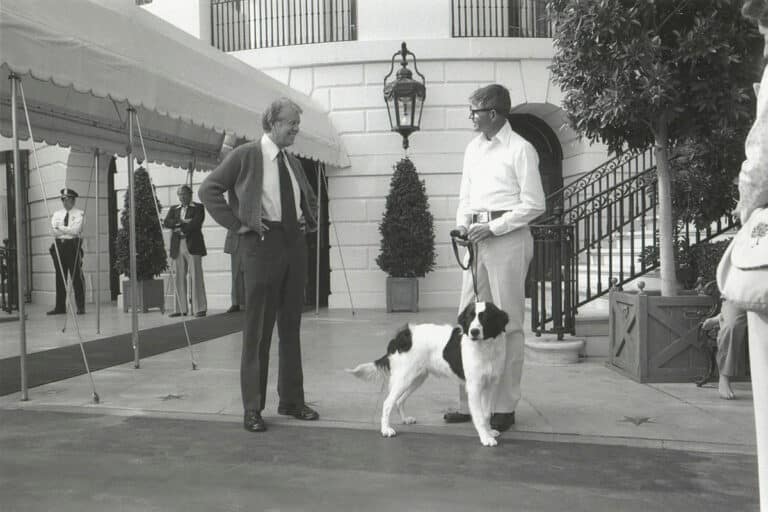 After living a quiet leisurely life in the White House for the first year, Millie gave birth to six puppies and became a media sensation. The event landed First Lady Barbara Bush, Millie, and her six puppies on the cover of Life magazine. She went on to dictate Millie’s Book, a best seller, chronicling a typical day with her master. The book earned almost $900,000 in royalties, all of which was donated to the Barbara Bush Foundation for Family Literacy. 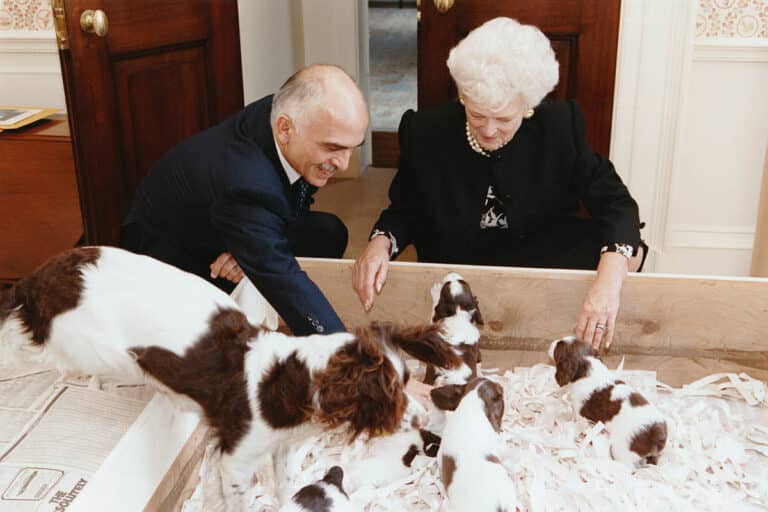 After much deliberation about a new White House dog, in April 2009, the White House announced the selection of Bo, a male Portuguese water dog given to the Obamas by Senator and Mrs. Ted Kennedy. Bo’s presence in the White House sparked nationwide interest in the breed and adoration of Bo as he became a member of the Obama family. On August 19, 2013, First Lady Michelle Obama announced via Twitter the arrival of Sunny, a female Portuguese water dog. Called the “little sister” of Bo, the White House described Sunny as “full of energy and very affectionate.” Bo and Sunny were commonly seen around the White House playing outside in the snow, greeting visitors at the annual White House Easter Egg Roll, and the two even sported fancy collars and bows for a 2014 State Dinner for French President François Hollande. 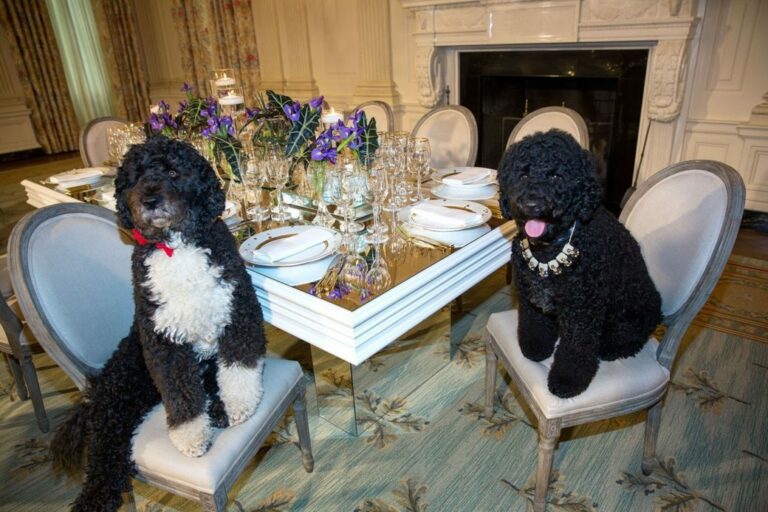 Does President Donald Trump have a pet?

President Trump is the first US President to not have a pet while in the White House since James K. Polk, our 11th President serving from 1845 – 1849.

Rex, Ronald and Nancy Reagan’s Cavalier King Charles Spaniel, often refused to enter the Lincoln Bedroom in the White House; this room has long been thought to be haunted by Abraham Lincoln’s ghost – seems like Rex also believed this to be true.

What day is National Hug your Dog Day?

Which President had a pet alligator?

John Quincey Adams, serving as our 6th President from 1925 – 1929, is claimed to have had a pet alligator which was kept in the East Room bathtub.