How Often Do Dogs Go Into Heat?

Is It Okay to Breed a Bitch in Back-To-Back Heat Seasons?

That depends on how many puppies she whelped the first season and how well she maintained her body condition during pregnancy, whelping, and lactation. If she had several puppies and was thin by the time they were weaned, she probably cannot regain normal body condition before she is in heat again and thus should not be bred. If she had few puppies at the first breeding and is in excellent body condition, she potentially could be bred again. Every circumstance and every bitch should be evaluated individually. 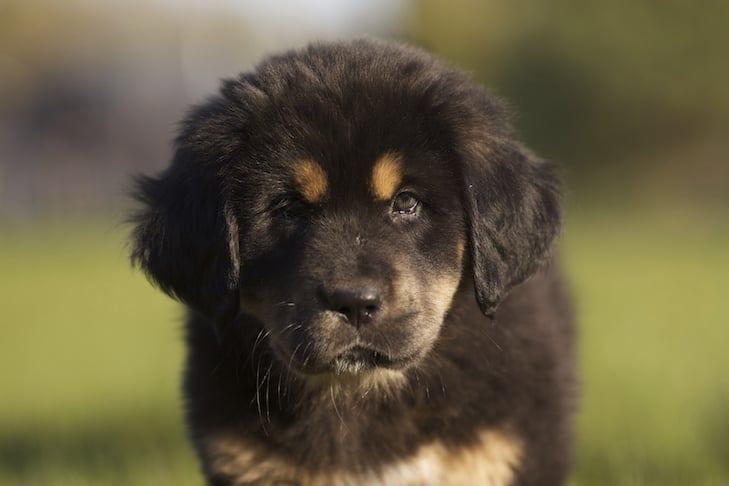 What Do You Feed a Pregnant Dog?

A growth or performance food is best to feed a pregnant bitch because they are nutrient dense and thus require less food to sustain her increasing energy needs. Particularly later in the pregnancy when her uterus takes up much of the space of the abdomen, she may have trouble eating a significant amount of food. At whelping, a bitch should weigh 5-to-10 percent more than before breeding. Try to avoid obesity as it is associated with difficulty whelping, increased birth defects in neonates, and stillbirths. Likewise, a thin body condition can cause conception failure, loss of pregnancy, and low-weight pups.

How Soon Should Puppies Nurse After Birth?

Puppies cannot make their own antibodies at birth, so it is important that they receive their dam’s first milk, colostrum, which is rich in disease-protecting antibodies. Puppies can absorb these antibodies from their intestinal tract for only about the first 24 hours of life. Don’t be concerned if your bitch does not nurse until all the puppies are born. This is common behavior that generally causes no risk to puppies. 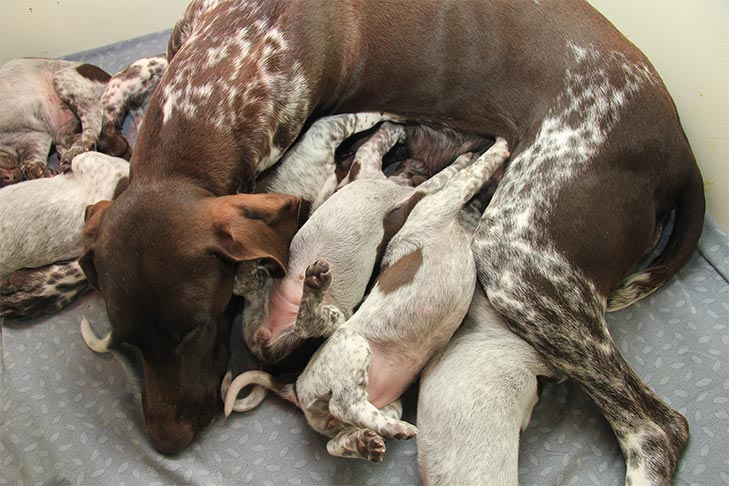 The most likely culprit is breeding at the wrong time. The optimal breeding day for litter size is two days post-ovulation, as determined by your veterinarian based on progesterone measurements. Other possible causes of small litters are hypothyroidism, uterine infection, and advanced age of the bitch.

Was the Runt Conceived Later Than His Littermates?

Probably not. Runt puppies most likely are the same age as their littermates but had poor placentation. Bitches release all their eggs over a 24-hour span. Even if the conception of that small pup occurred later than the conception of the other puppies, all pups float around free for 17 days before implantation and formation of the placenta. 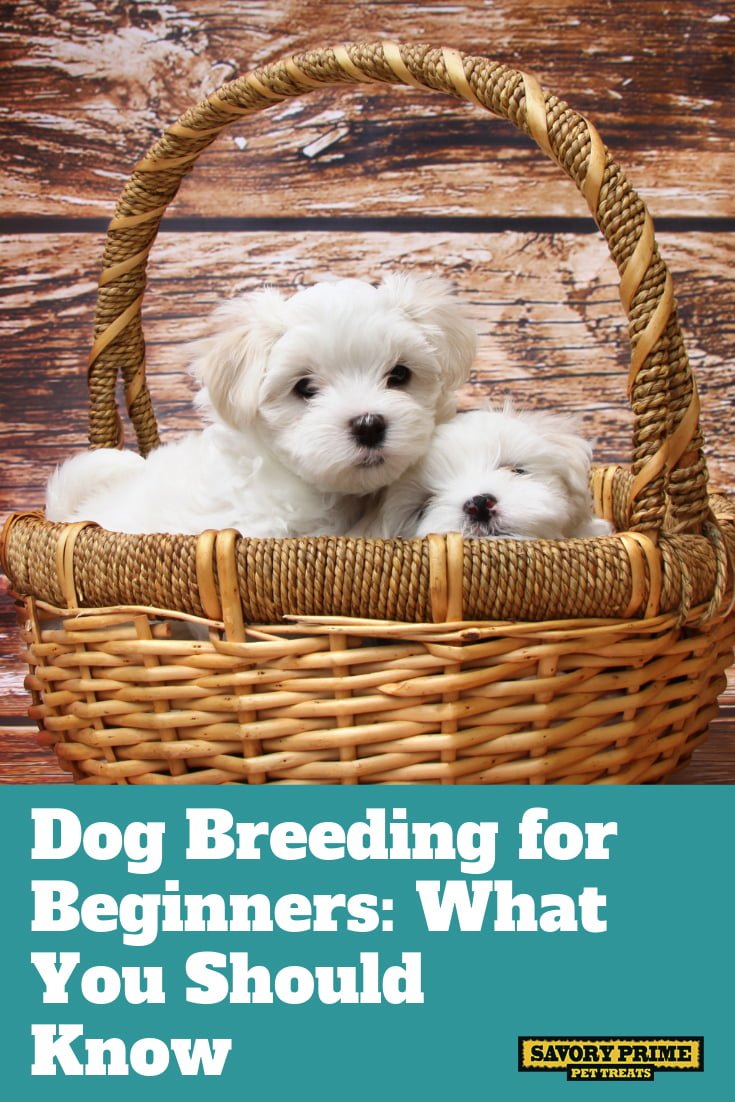